2020 was a busy year for Nordell as a company, particularly for Gary Lynch, our Deputy Head of Operations.

The Covid-19 pandemic meant we had to react and adapt to the changing circumstances to ensure the business was Covid secure and we could continue to manufacture parts used in the fight against Covid as well as reacting quickly to a downturn in some of our key customers business.

In February 2020 just as the pandemic was becoming very real in the UK, Nordell entered discussions with a Life Sciences company about manufacturing medical consumables as demand was increasing rapidly and manufacturing in the UK had exceeded capacity.
We had a decision to make which would see Nordell embark on the biggest invest program in its 50-year history.

By the end of May 2020, we had completed the feasibility and agreed to build a 100m² Class 7 Cleanroom and placed an order for 5 new mould presses which would be allocated specifically to manufacture in the cleanroom.

We commissioned Total Clean Air who were on site by June, with the cleanroom operational in July, a project that took just 6 weeks from start to finish. It sounds so simple, but it was not, as a huge amount of planning and project management was required to ensure the build was completed on time and we were ready to manufacture parts

We needed experience and a cool head to manage the project. This is where the project management skills of our very own Gary Lynch were required. With more than 25 years experience in large and fast-paced, multi-line and international production facilities Gary, our Deputy Head Of Operations is responsible for all our operational projects.

Gary’s proven track record in achieving results is well suited to managing new projects at Nordell throughout our manufacturing, assembly, and logistics operations as well as our business administration. Gary is crucial to driving continuous improvement at Nordell, ensuring we remain competitive by offering a lean, value-added service, driving productivity through automation.

So where do you start with a major project?

Gary quickly set up a project group that included all internal and external stakeholders and set up a regular stakeholder meeting which met more frequently as the project neared conclusion.

Of course, a critical path was set up to create full visibility of the critical steps to ensure the project was completed on time.

The first phase involved a reorganisation of the factory which included the relocation of our Toolroom and assembly operation as we were building our Cleanroom in the space they occupied. The next stage involved all the first fixes and installation of essential services including power and water. We completed these ourselves using our team in time for TCA (Total Clean Air) to build our Cleanroom which included 14 ULPA filters.

One of the biggest challenges of the cleanroom build was considering how we could load mould tools into the moulding machines: We had a height restriction due to building under the current mezzanine flooring. We found the solution; a Cantilever hoist. It’s not as good as our main factory crane system, but it works!

At the beginning of July, we took delivery of 5 new Haitian Mould presses. We were able to secure new machinery fairly quickly from Germany through Premier Moulding Machinery. 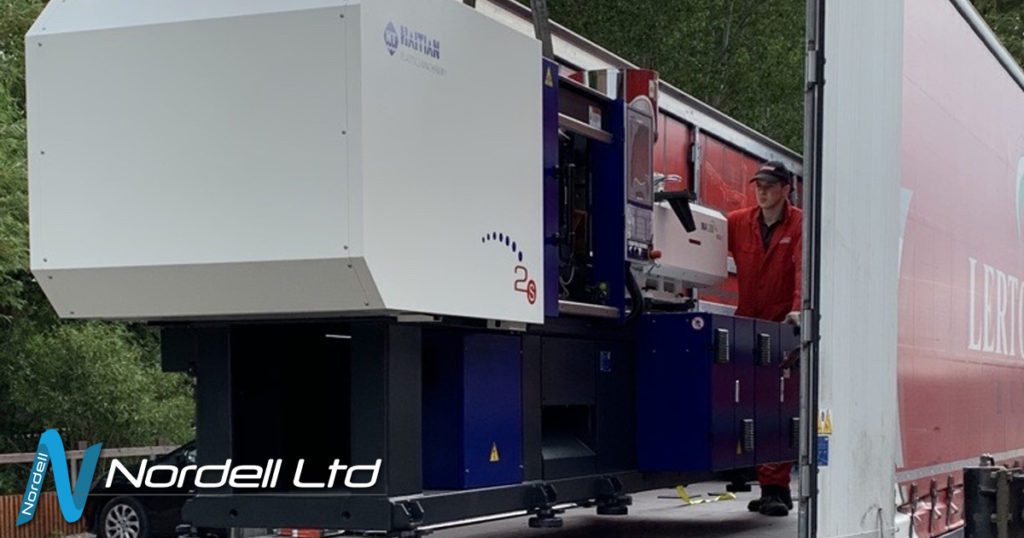 With new sundries including driers and hot runner systems arriving at the same time, we were able to commission full manufacturing lines very quickly. By mid-July, we were operational, just 6 weeks from starting the project to completion! 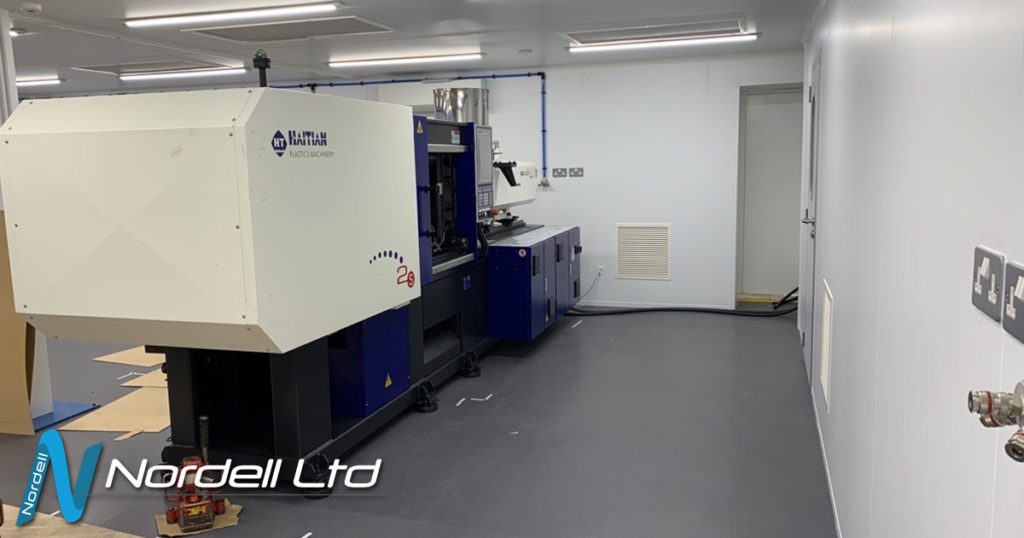 So, Gary and the project team had done it! We had a new cleanroom and had delivered on time. Little did he know this was just the start…

Just a month later, the Leadership team, along with key stakeholders decided to go bigger! Our 100m² Cleanroom was soon to become 300m²!

We started the project management process all over again at the end of September 2020. This time, a little more complicated, as we were going to build in the space occupied by our raw material and tool storage. With no more space in the factory, we needed a bigger boat. We found a unit the same size on the same trading estate and got the keys at the end of October, allowing us to install high racking and use the new site for storage and distribution. A challenge in itself!

With factory space cleared, TCA were back on site in October to build 200m2 of cleanroom and link it to the existing 100m² Cleanroom space. Same as before, our team installed all the main services prior to arrival. It seemed like a tall challenge to build double the space in 6 weeks, but TCA did it again. with the cleanroom build complete at the end of November.

Now we just needed 10 new machines to fill the space. This time the lead time for machines was going to take a little longer as they were coming directly from Haitian in China. We ordered the latest Haitian Zeres Electric presses. The first 5 machines arrived at the end of December, albeit delayed due to shipping delays from China. PMM were back on site in the first week of January commissioning the new machines which are now ready to start manufacturing. Extended delays to shipping form China, mean we won’t receive the next 5 mould machines until the end of February; however, Gary and the team have to be extremely proud of the massive achievement in a very short space of time!

Now, at the end of January 2021, we just had one final piece of the jigsaw to complete; make additional space for tool storage and raw materials. We are in the process of removing an existing mezzanine floor in one of our 3 units to allow us to install high racking for storage.

It has been a whirlwind of a journey that has seen the Nordell site totally transformed over the last 6 months. There has been little time to stop to take a breather, but it has been a very rewarding and exciting journey that wouldn’t have been possible without Gary managing the project and with the brilliant support of the whole team who have continued to deliver great results despite the huge disruption.
We almost forget that this project was completed at a time of great uncertainty with a Global pandemic and the UK still uncertain of the Brexit outcome. All work was carried out following strict Covid security protocols.

We can all be justifiably proud of what we have achieved. It will be great to get back to normal without the disruption caused by the building work in the knowledge that Nordell are well set for future growth.

We continue to invest in new technologies and sector capability at Nordell. To find out more or to work with us contact our team at enquiries@nordell.co.uk

Posted 1 year ago By Nordell HQ
BACK PREVNEXT

No matter what stage you are at in your thought process, make contact with our team today to discuss your project.